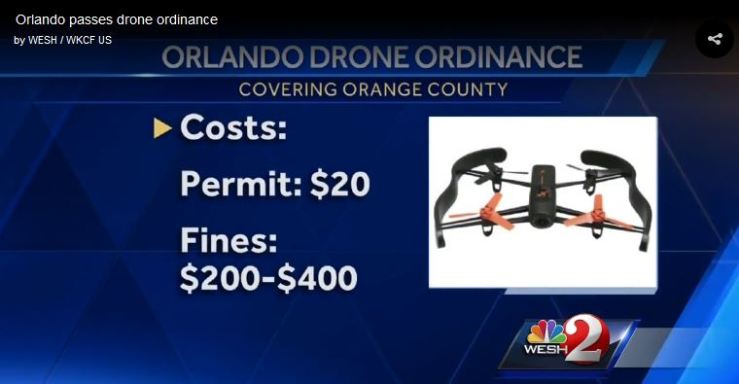 The city of Orlando, Florida has just passed new rules regulating the use of drones in the city that don’t exactly roll out the red carpet.

According to local TV Station WESH, the new regulations introduce drone permit fees that start at $20 per event, or $150 per year, and fines of between $200 and $400 for violators. Additionally, those that operate drones under the influence of alcohol or drugs could be arrested.

Like other cities with drone regulations, Orlando will also restrict drones from flying near events or venues with large amount of people and public parks. However, one issue pointed out about the new regulations is that they don’t address the size of the drone, and instead treat them all the same in the framework of the regulations.

Orlando Mayor Buddy Dyer says the city is nor anti-drone and will not regulate drones on private property or backyards. In all fairness to the city of Orlando, we will have to see how they actually enforce these new regulations.