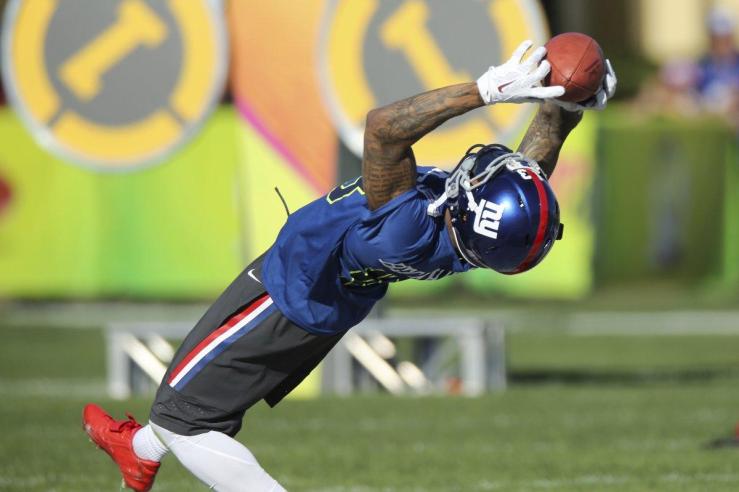 For this year’s Pro Bowl festivities the NFL has introduced a ‘ WR Drone Drop’. The competition is simple enough, a football is dropped from increasing height by a drone until a winner emerges. Each competitor is given two chance from each height to catch the football.

This year the winner ended up being Odell Beckham Jr. who as able to catch a football dropped from 125 feet. At that height the football was wobbling, curving and traveling at over 50 MPH. If you are interested the highlights from the competition are on YouTube.

It’s definitely a gimmick, but a pretty cool gimmick as far as the folks here at the Drone Dossier are concerned. It might be too early to say, but we hope this is the beginning of the NFL embracing drones more openly. Already, teams like the Dallas Cowboys are using drones for stadium inspections and to film their practices.